loss of Balance Of Trade/Trade Balance - when a country (or City Region?) imports more than it exports

The U.S. has held a trade deficit starting late in the 1960s. It was this very deficit that forced the United States in 1971 off the Gold Standard. Its trade deficit has been increasing at a large rate since 1997. - see 1980-2009 graph: http://en.wikipedia.org/wiki/Balance_of_trade#United_States_Trade_Deficit 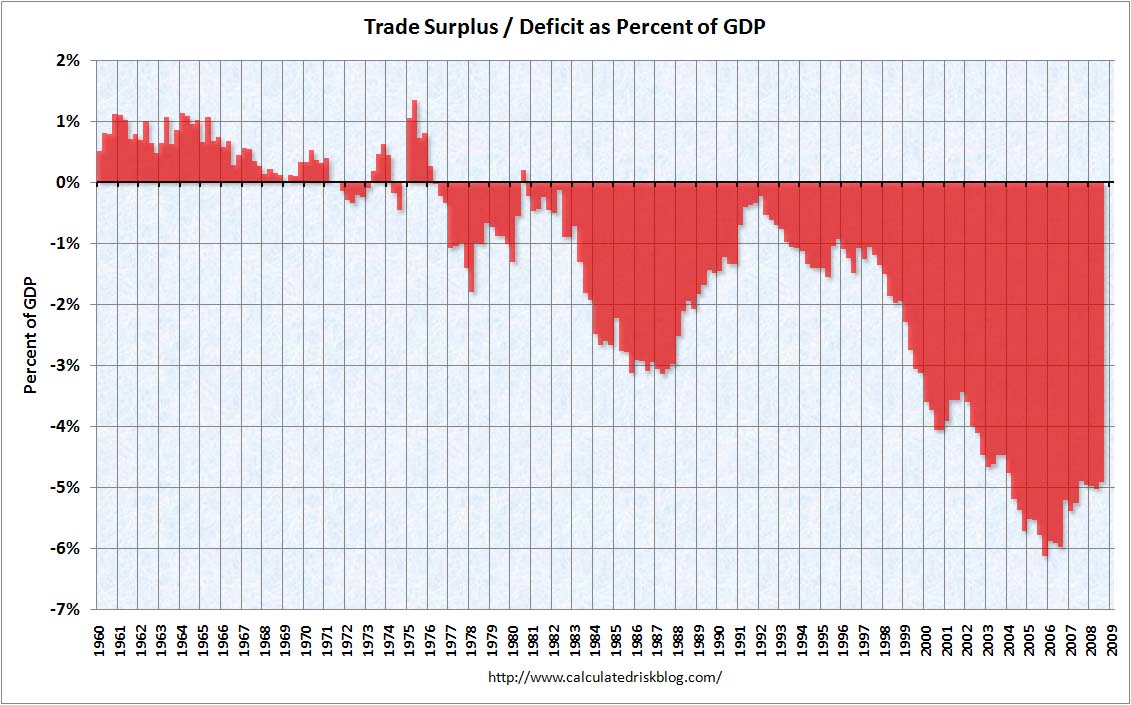